Executive Functions and their importance in the learning process 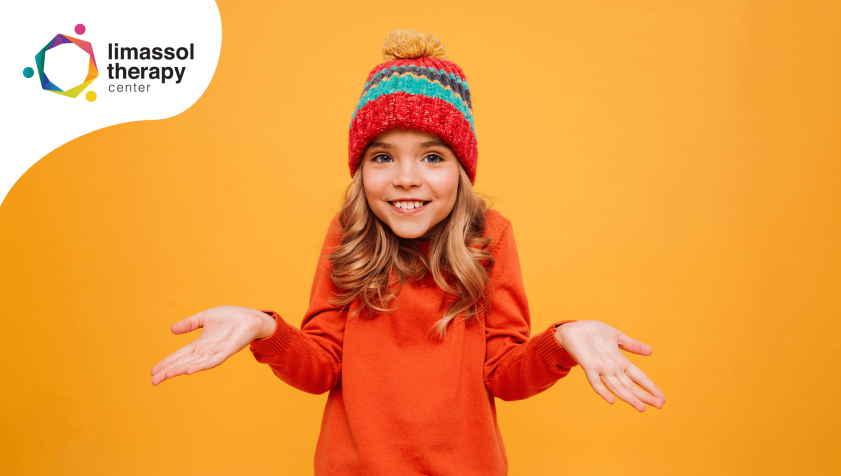 Executive Functions, as superior cognitive functions, play an important role in a person’s daily life when he/she is involved in projects, as they are the primary skills required for the smooth adaptation of the person to new situations, the ability to control his/her emotions, the ability to resist, in the face of temptation, as well as the ability to work with others.

Specifically, regarding the student population, the Executive Functions are an important condition for the smoother integration of children in kindergarten. There is strong evidence that improving Executive Functions can have beneficial effects on the activities of daily living, the academic career and even the emotional life of children with this type of deficit.

Executive Functions are considered superior cognitive functions and play an important role in fundamental cognitive processes, which are responsible for unexpected behavior, especially in new and non-pure situations (Stein, Auerswald, Ebersbach, 2017). Executive Functions, due to the application of a supervisory role in lower level cognitive processes, cause adaptive human behavior in certain situations (Esmaili, Shafaroodi, Mehraban, Parand, Zarei, Akbari-Zardkhaneh, 2017). They involve a wide range of skills that allow an individual to engage in independent, deliberate, and self-directed projects (Crepeau, Cohn, Boyt Schell, 2009 & Trombly, Radomski, 2002). Executive Functions are understood as the ability to manage the mental processes that organize, control, program, and monitor information about perceptions and kinetic information that is already stored in memory. These skills allow the individual to set a goal, plan the necessary actions, execute and monitor goals, adjust his actions as necessary and evaluate the results of his actions (Sun, Varanda, Fernandes, 2017).

The mechanism or system responsible for the coordinated operation of the aforementioned processes is called executive control (Funahashi, 2001). It includes the ability to create spontaneous thinking. It can be divided into three phases: a) ask a question, such as “What should I do next?” b) create an options menu and c) select one. When the executive function fails to function properly, the overall result is a combination of mental inactivity and indecision. This condition is often referred to as “dysexecutive” (Varney, Stewart, 2004).

The prefrontal cortex is considered to play the most important role in executive control. Dysfunctions in the executive function are associated with frontal lesions and can be perceived in all the areas mentioned above (Crepeau, Cohn, Boyt Schell, 2009 & Funahashi, 2001). Large areas of the brain and extensive brain networks, including the prefrontal cortex and its networks, support executive functions and are therefore vulnerable to various brain disorders, conditions and attacks that directly or indirectly endanger the functioning of this network. Accurate evaluation of executive functions is vital not only because they are critical to daily life and independent living, but also because executive functions reflect brain health (Erkkilä, Peräkylä, Hartikainen, 2018). In this article by Kapa, ​​Plante, Doubleday (2017), it is stated that the maturation in the main axes of the executive functions has an evolutionary course that begins just before two years and continues until adolescence and adulthood, starting from the maintenance of attention. , working memory, interception and finally shifting of attention.

The relationship of the executive function to the other activities of the human cerebral cortex can be explained by a ratio between a conductor and a chord. The conductor represents 0.7% of the orchestra and does not own any of the musical instruments. However, without the conductor, the musicians and their instruments do not select or play music in an organized and coordinated way. With humans, this “master” may be housed in small areas of central nervous system (CNS) tissue (eg frontal cortex), but without it, intelligence, memory, language skills and other mental abilities they can not be used effectively or at all (Varney, Stewart, 2004).

Skills falling under the Executive Functions

For a long time, there was a lack of clarity as to the capabilities contained in the concept of executive functions. They have been argued to be superior cognitive control processes, while others have characterized them as processes that aim to achieve milestones. Some other researchers focused on the constructive and creative aspects, while others focused on working memory. In an effort to incorporate all of these approaches, the article by Amado, Serrat, Valles-Majoral (2016) refers to executive functions as an umbrella that includes a set of complex cognitive skills that guide actions aimed at a goal by projecting adaptive responses to new or complex situations.

The role of Executive Functions in learning ability

In recent years, researchers have become increasingly interested in children’s executive function skills because these skills in childhood suggest a broad impact, as they relate to social and emotional understanding as well as academic success (Kapa, ​​Plante, Doubleday 2017). Executive functions can assist children in regulating their attention and behavior in a variety of learning environments. In the early years this can happen at home, with these skills being transferred to the classroom as soon as children start school, so that they can eventually participate productively in daily learning activities (Bindman, Pomerantz, Roisman, 2015).

Executive deficits in children can be seen as deficits in areas such as communication / social interaction, completion of homework, execution of a project or project, and group play. These areas are the child’s daily activities called projects. The project is a dynamic experience that includes self-organized and self-discerning actions aimed at pursuing the activities of daily living (such as play / leisure, self-care and work). The executive function is the most critical cognitive function that affects the participation in daily projects (Esmaili, Shafaroodi, Mehraban, Parand, Zarei, Akbari-Zardkhaneh, 2017).

Executive dysfunction has been linked to behavioral problems and has been shown in individuals with neurodevelopmental disorders including reading disorders, Attention Deficit Hyperactivity Disorder (ADHD) (McKenna, Rushe, Woodcock, 2017). The article by Waller, Hyde, Baskin-Sommers, Olson (2017) identifies early childhood as a critical time to examine the results of executive function that serve as predictions for the subsequent course. In support of this idea, time-honored studies from early childhood have shown that poor executive function predicts negative peer interaction, poor emotional regulation and externalization of problems, worse social understanding, and lower social ability. Children with executive deficits such as low retention, high levels of impulsivity, and poor attention span from early preschool to late elementary school have been shown to have poorer mental and physical health in adulthood than children. which showed better executive function. Deficits in executive function are also strongly associated with aggressive behavior in older children and adolescents.

In addition, executive functions are associated with many intellectual and social skills, such as school readiness, early education and mathematical knowledge and later with the completion of the academic course (McKenna, Rushe, Woodcock, 2017). Thus, they are considered a crucial element for academic success, as they support cognitive processes that are fundamental to learning. In mathematics, executive functions facilitate simple arithmetic, for example, by helping children maintain their position while counting or gathering relevant information about a problem. Executive functions can also benefit children’s language development, for example, they can allow children to focus on individual letters and store accompanying phonetic information to decode words (Bindman, Pomerantz, Roisman, 2015).

Often in academia, students’ basic difficulties are found in areas of executive functions, showing discrepancies between performance in structured and unstructured situations, difficulty in new situations where knowledge and action are not related (the student may often say ” correct ”but not to do it), reduced self-regulation and“ neglect of the goal ”(inability to perform the steps to achieve a previously set goal, although the steps can be remembered and verbalized (Obermeyer, 2018). Because executive functions play a central role in current and future academic success, early interventions that enhance children’s executive functions before they arrive at school can help promote their social and academic development (Stein, Auerswald, 2017) Ebers . Therefore, the executive function can be considered critical for “school readiness” and for classroom learning (Gooch, Thompson, Nash, Snowling, Hulme, 2016).